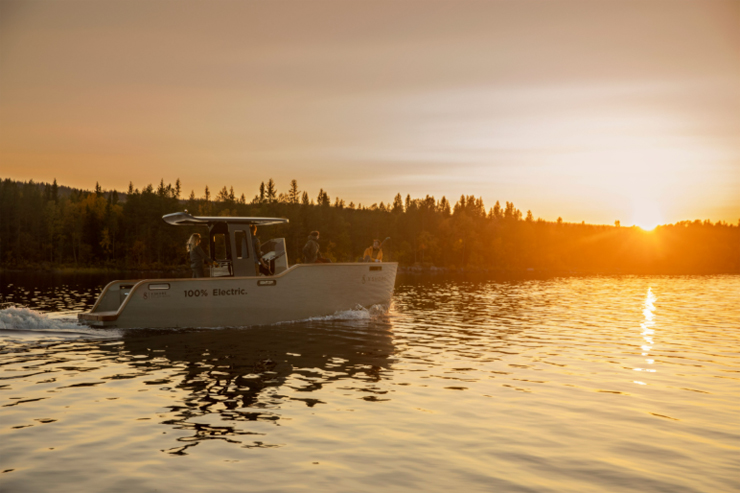 X Shore, a Swedish brand driving the future of electric, connected, and sustainable boating, has announced a $17 million round of funding backed by a group of investors in the e-mobility, sustainability, and electrification space. Valued at $90 million pre-round, the investments were led by Team Europe, the technology holding company from the mobility and clean energy focused European entrepreneur, founder and investor Lukasz Gadowski, and others with backgrounds in electrification, closing in only 9 days. X Shore officially launched its Eelex 8000 electric boat in the United States last month and offers an actionable solution to the pollution of the traditional boating industry through its three pillars: design, technology, and sustainability.

“X Shore is a perfect partner for our multi-modal electromobility approach,” said Lukasz Gadowski, CEO of Team Europe. “Our common aim is to create a global leader and a large independent company in the boat industry which attracts customers and talents worldwide.”

Following the launch in the United States, X Shore plans to utilize this financing to expand production and industrialize, opening a second factory in Sweden. Alongside industrialization, technology is a top priority for the company. X Shore will continue software development of future features, including auto-docking, an important first step towards autonomous driving. The capital raised will also fund a local U.S. team to help further distribution of the Eelex 8000, as X Shore has eyes set on forming an assembly line in the United States in 2022. “This funding affords X Shore the ability to take U.S. boating electric, something that very few in the industry have been able to do on a large scale,” said Jenny Keisu, X Shore CEO. “With interests in sustainability and e-mobility increasing in the United States, and worldwide, these investments will allow us to scale our production to keep up with the demand and drive change in the marine industry.”

Working at the intersection of technology and boats, X Shore built the Eelex 8000 to be entirely connected and sustainable. The Eelex 8000 features several innovations, including its proprietary mobile and smartwatch app, which unlocks and turns on the boat when in range, smart overboard detection, geo-fencing software, autopilot, and innovative design. Using cork instead of teak, and recycled plastics, as well as optional Flax fiber instead of fiberglass and carbon fiber, X Shore designed its boats to support a cleaner environment. The Eelex 8000 is built with modularity top of mind, allowing users to tailor the boat to their needs and activities, and has won numerous awards including the German Design Award and Peoples’ Choice Award in the Swedish Design Festival.