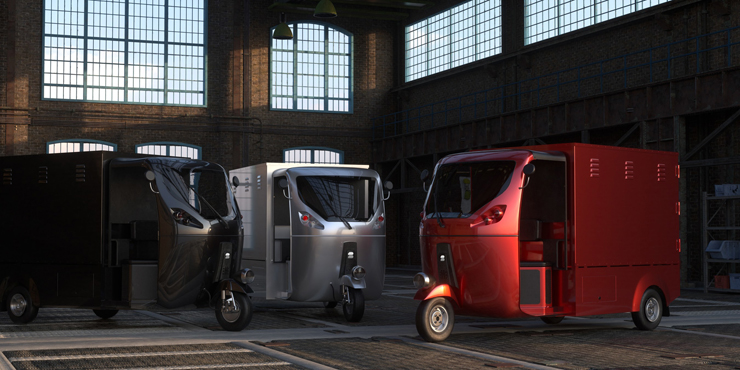 BILITI Electric announced that it intends to setup the world’s largest electric three-wheeler factory in India’s Telangana state, with a production capacity of 240,000 electric vehicles each year. The new plant is estimated to drive private investment of USD 150 million and expected to create over 3,000 jobs in the State aligning with the State’s policy to become a global hub for electric vehicle (EV) and energy storage manufacturing.

Biliti currently operates through an exclusive manufacturing partnership with Hyderabad-based Gayam Motor Works (GMW) for manufacturing its three-wheelers. Biliti’s Taskman™ is a popular last-mile delivery vehicle which is deployed in 15 countries across the globe including Japan, USA, UK, France, Portugal, Germany, Lebanon, Uganda, Kenya, Senegal, Nepal, Bangladesh, Dubai and India, and has covered over 20 million miles. In addition to the manufacturing facility, it has assembly plants in the US, Portugal, and Kenya. Taskman™ is being used by Amazon, IKEA, Wasoko (Sokowatch), BigBasket (Tata), Zomato, Flipkart (Walmart), Grofers among others.

“When we launched the EV policy two years ago, it was with the mission to make Telangana state a preferred destination for setting up electric vehicle manufacturing. We are now seeing that becoming true with companies like Biliti establishing the world’s largest three-wheeler factory here,” said Industries Minister KT Rama Rao.

“This is the largest investment in EV manufacturing announced in the State this year, coming shortly after another California-based company Fisker announced its second headquarters in Hyderabad. The State is committed to promoting clean industries and promises to extend all benefits to the company admissible under the government’s policy. The story of Biliti is not just another opportunity because of the State’s encouraging policy but a realization of the State’s vision for innovation and technology with the founders of the Company directly associated with T-Hub through a previous start-up,” Rao added.

“We are proud to manufacture our exciting EV lineup in Telangana state,” said Rahul Gayam, Biliti Electric’s CEO. “The Taskman™ has already made more than 12 million deliveries worldwide with many more to come. Our batteries and drivetrain are compact and modular in design, allowing them to have wider applications in auto, marine, warehousing, and backup power sectors enabling the buildout of an EV ecosystem.”

The facilities will be built in two phases over an area of 200 acres. Phase I will be developed over 13.5 acres with the capability to produce 18,000 vehicles per year and is expected to be operational in early 2023. The larger facility spread across 200 acres will be operational in 2024 and have the capability to produce 240,000 vehicles per year. The plants will produce all of Biliti’s products including the cargo model Taskman™ and the passenger version Urban™ to serve customers in the global markets.

Biliti stands out in the market in its core technological innovations. Its SmartSwapp™ technology allows the vehicle batteries to be swapped in less than one minute, overcoming the challenges of lack of charging infrastructure, unreliable electric grid, range, and time pressure for delivery drivers.

Luxembourg-based GEM Global Yield LLC has committed $400 million to Biliti in the form of a Share Subscription Facility, well-positioning the Company to accelerate its growth, execute new strategic initiatives, acquire cutting edge technology players, and expand its manufacturing base to deliver on the company’s vision of accelerating the world’s transition towards smart and sustainable mobility.