Britishvolt, has announced the build of UK’s first battery Gigafactory. Britishvolt has selected Blyth, Northumberland as the site.

The company has acquired exclusive rights to a site in Blyth Northumberland and intends to begin construction in Summer 2021. World-class lithium-ion batteries will be in production by the end of 2023. Britishvolt’s gigafactory is strategically important to the UK automotive industry and a key component in the drive to the UK achieving Net Zero by 2050.

Total investment for Britishvolt’s Gigafactory is £2.6bn making it the largest industrial investment in the North East since Nissan’s arrival in 1984 and one of the largest-ever industrial investments in the UK. By the final phase of the project in 2027 it will be employing up to 3000 highly skilled people, producing over 300,000 lithium-ion batteries for the UK automotive industry. It will further provide up to 5000 jobs in the wider supply chain.

Britishvolt’s Gigafactory is widely regarded as being strategically important for the UK automotive industry in order for it to maintain competitive advantage as we accelerate towards an increasingly electrified future. The building of a battery Gigafactory is also one of the key pillars of the British Prime Minister, Boris Johnson’s, ten-point plan for the UK’s green recovery and an important step to a Net Zero economy by 2050.

Britishvolt CEO, Orral Nadjari “We are delighted to have secured this site in Blyth. This is a tremendous moment both for Britishvolt and UK industry. Now we can really start the hard work and begin producing lithium-ion batteries for future electrified vehicles in just three years. It is crucial for the UK automotive industry and for the entire economy that we are able to power the future. The sooner we start, the better.

“Blyth meets all of our exacting requirements and could be tailor made. It is on the doorstep of major transport links, easily accessible renewable energy and the opportunity for a co-located supply chain, meets our target to make our Gigafactory the world’s cleanest and greenest battery facility. We have had an extremely warm welcome from Ian Levy MP and Northumberland County Council and are looking forward to working with them closely on this project.”

Blyth Valley MP, Ian Levy “This is an incredibly exciting announcement that will have a massive impact in the constituency and the surrounding area for decades to come. I can’t think of anything comparable in the North East since Nissan invested in Sunderland more than 35 years ago.

“Since Britishvolt first made contact it has been my absolute priority to work in partnership with its leadership team to do everything possible to bring this scheme to Northumberland. Advance Northumberland has also a played a critical role in reaching this point so quickly.

“There is still much to do but the prospect of the UK’s first Gigafactory on the old Blyth Power Station site directly creating up to 8000 jobs is amazing. These jobs will not only return the area to the status of an industrial powerhouse but will help us retain our graduates and provide a huge boost to struggling high streets. I look forward to working with all involved and will provide the backing necessary to deliver a scheme that is a once in a generation opportunity.”

The Britishvolt Gigafactory will be built on a 95-hectare site, formerly the site of the Blyth Power Station. It will use renewable energy, including the potential to use hydro-electric power generated in Norway and transmitted 447 miles under the North Sea via the world’s longest inter-connector from the North Sea Link project. 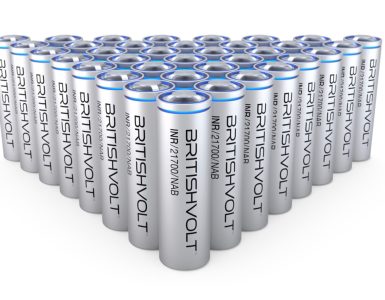 Britishvolt is proud to announce that its development 21700 cells have passed industry standard tests UN38.3. 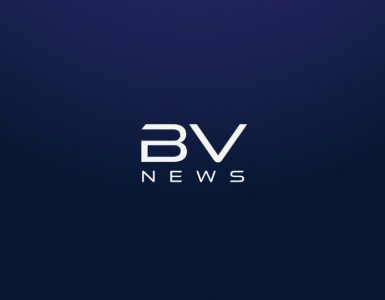 Britishvolt announces roadmap for development of 4690 tailored battery cell technology for high performance EVs, and beyond. 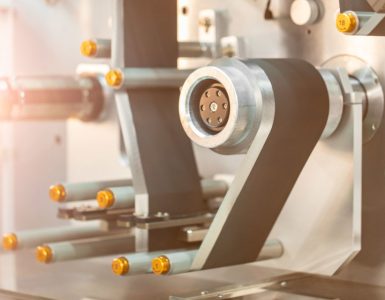 Britishvolt has signed a SPA with the Monbat Group to acquire the advanced technology battery cell developer and manufacturer EAS* for €36m.