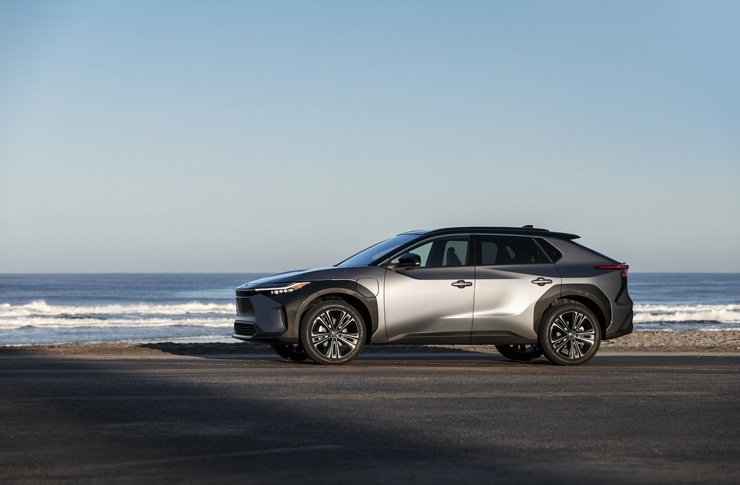 The all-electric Toyota bZ4X SUV not only looks to further Toyota’s commitment to a carbon neutral future, but it does so in style. Ready to make a fresh mark on the Battery Electric Vehicle (BEV) segment, bZ4X blends bold, modern styling with tech-laden features in an extremely capable platform. bZ4X is more than a battery-electric SUV – it’s a new take on multi-purpose vehicles.

Coming to dealerships this spring with an EPA-estimated range rating of up to 252 miles (for XLE front-wheel drive models, based on EPA’s testing procedure standards), the 2023 Toyota bZ4X will have a starting MSRP of $42,000. According to the EPA, the average estimated fuel cost savings over five years for the 2023 bZ4X XLE FWD compared to the average new vehicle is up to $5,000.

bZ4X is the first Toyota vehicle to be launched under the global bZ series, with more bZ vehicles on the horizon intending to elevate the BEV segment for years to come. “bZ,” which stands for “Beyond Zero,” was developed with human-centricity at the heart, meaning it hopes to provide more than a mobility solution but also an innovative space for customers.

bZ4X joins an extensive lineup of Toyota electrified vehicles that, in total, accounted for about a quarter of Toyota’s total sales volume in the U.S. last year. These include hydrogen fuel cell electrics, hybrids, plug-in hybrids and now battery electric vehicles. Toyota envisions a future in which carbon neutrality is achieved through a portfolio of products with advanced, alternative-fuel and zero-emission powertrain technologies.

Toyota plans to expand to around 70 electrified models globally by 2025. This future lineup will feature 15 dedicated BEVs, including seven carrying the bZ (Beyond Zero) brand moniker. This diverse portfolio of electrified products will help propel Toyota toward its goal of carbon neutrality by 2050. Globally, Toyota has put more than 20 million electrified models on the road – with a CO2 emissions reduction effect equivalent to the CO2 emissions reduction of over 5.5 million BEVs. Over the next nine years, Toyota will invest $70+ billion in electrified vehicles as a whole with the target to launch 3.5 million BEVs globally in 2030.

The bZ4X will go on sale this Spring 2022. To stay up to date on bZ4X, visit the bZ4X upcoming vehicle page here: https://www.toyota.com/bZ4X/. 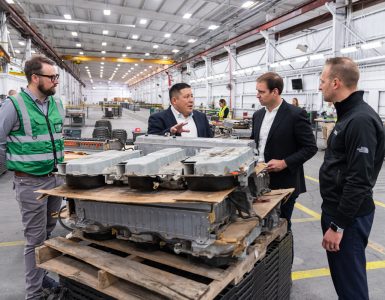 Toyota to Create a Sustainable, Closed-Loop Battery Ecosystem for its Electrified Powertrains

Toyota, has embarked on a mission to create a sustainable, closed-loop battery ecosystem for its electrified powertrains.