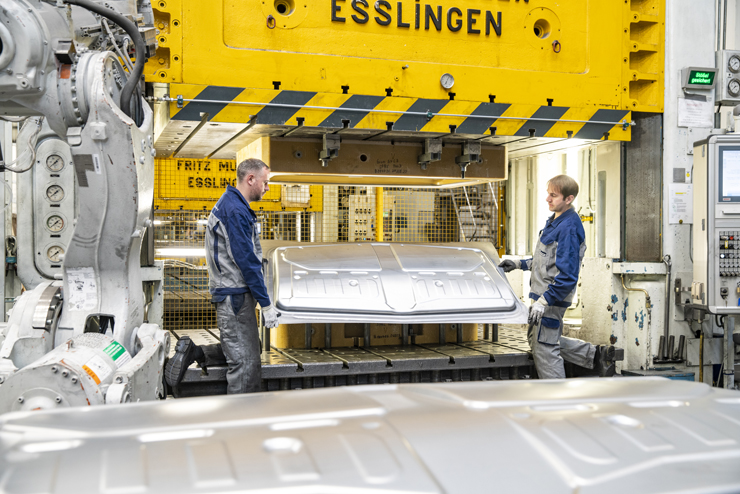 Sono Motors, is currently building a fleet of series-validation vehicles, ushering in the Sion’s testing program.

Sono Motors, the company on a pioneering mission to accelerate the revolution of mobility by making every vehicle solar, is currently building a fleet of series-validation vehicles, ushering in the Sion’s testing program. These cars consist of series components and correspond to the planned final design, which was established at the beginning of the year (2022) alongside completion of the 2nd generation prototype program and the accompanying definition of components as well as vehicle parameters.

In the coming months Sono Motors will be undertaking testing, validation and certification of the Sion, until the first affordable solar electric vehicle (SEV) for the masses rolls off the production line, expected next year. The test cars will undergo uncompromising practical tests under extreme conditions in Europe and the U.S. This includes testing in different climates, optimizing our solar technology and safeguarding, as well as refining driving dynamics on test tracks and on public roads in addition to crash tests.

“The start of the series testing phase is yet another step on our way to climate-friendly mobility of the future. Getting from the first concept in a garage to this point was only possible with hundreds of engineers working tirelessly every day on both the Sion and our Sono Solar technology. The fleet of validation vehicles now follows our successful 2nd generation prototype program and paves the way for planned series production next year,” says Jona Christians, CEO and co-founder of Sono Motors. The fleet of 37 vehicles (generation 3) consists of 16 complete cars and 21 test structures.
The public debut for the Sion’s final design is planned for the summer of 2022. Then some of the series-validation vehicles will most likely additionally go on a Europe-wide test drive tour.

Sono Motors will be supported by thyssenkrupp Automotive Body Solutions and Betrandt in series-validation vehicle production. Markus Volmer, CTO of Sono Motors says, “Both partners have not only extensive expertise in automotive engineering but also the necessary infrastructure and capacity to produce our test cars quickly and with high quality. Thus, we are on track for the Sion testing.” As an expert in integrated body construction solutions, thyssenkrupp Automotive Body Solutions is responsible for the production of the aluminum space frame. Bertrandt impresses with decades of experience in the field of integrated vehicle development and is responsible for the assembly of the Sion test fleet in Munich.

At an estimated sales price point of just 28,500 euros gross, the Sion will be the first affordable SEV. The outer shell of this family-friendly car will consist of 458 seamlessly integrated solar half-cells and will enable self-sufficiency on short journeys. The energy generated by the solar cells will extend the range of the Sion’s 54-kWh LFP battery by an average of 112 km (up to 245 km) per week. Commuters in metropolitan areas thus ideally have to charge their Sion four times less than conventional electric cars of the same vehicle class with a similar battery size. Bidirectional charging technology complements the car’s solar integration and is designed to turn the Sion into a sustainable power plant on wheels that will be able to power electronic devices, the home or other electric cars with an output of up to 11 kW. 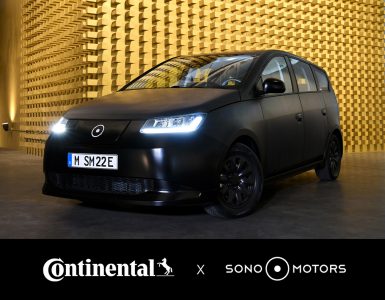 The Sion Series-Validation Vehicles Are Being Equipped With Several Hardware and Software Solutions From Technology Company Continental. 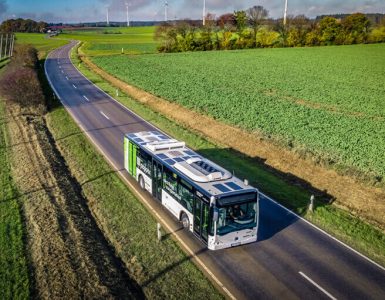 Sono Motors, and pepper motion debut the first electric bus with the Company’s solar technology on the streets. 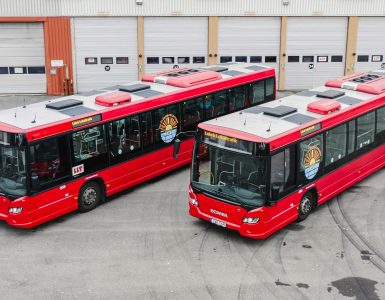 Sono Motors gains Scania and LLT as new customers, putting buses with solar technology on the road in Luleå, Sweden.