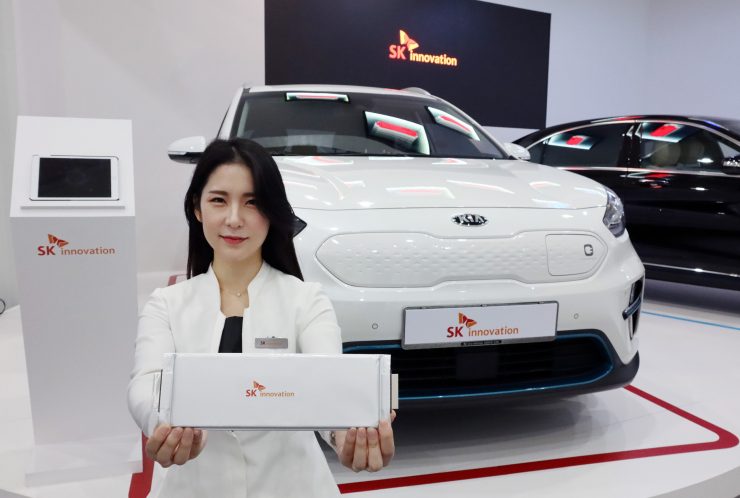 SK Innovation have declared their ambition to lead the efforts for battery safety, charging speed and driving range at InterBattery 2020.

SK Innovation have declared their ambition to lead the efforts for battery safety, charging speed and driving range at InterBattery 2020 hosted by South Korea’s Ministry of Trade, Industry and Energy.

The company aim to make SK batteries a good example of battery safety with an impressive 10-year history of supplying batteries without any battery fires. SK Innovation is developing charging technology that will allow 500-mile round-trip only by charging the batteries twice for 10 minutes each time, they are also leading the way on development of long-life batteries enabling long-range driving based on its technological capacity and its track record of being the first developer of some technologies.

The company has prepared for the exhibition with the pursuit of a strategy toward developing a model for win-win growth by contributing to building an ecosystem for battery-related industries, including E-mobility, not simply being a battery manufacturer.

To showcase its status as a battery supplier equipped with the most cutting-edge technology in the industry, the company is determined to show its competitive advantages in three most crucial factors in batteries: fire safety of batteries, high-speed charging and batteries for long-range driving.

SK Innovation added that it will highlight in the exhibition its batteries can contribute to earning customer and market trust and developing industries using batteries such as E-mobility and electricity storage, including ESS. By doing so, the company said the highlight will be in line with the “SK Inside” strategy it unveiled in CES 2020 in Las Vegas which shows its commitment to making its batteries the battery of choice to consumers.

Being consistent with the commitment, the company’s exhibition slogan is “Safer than ever, Faster than ever, Longer than ever.” Under the slogan, SK Innovation introduces “Battery for Next Generation,” which the company pursues to develop. The company went on to explain the slogan represents its promise to the battery-related industries, including the EV industry as a battery supplier.

With its first order from a global customer in 2009, SK Innovation began supplying batteries in 2010. At this year’s exhibition, the company stresses any of its customers, including providers of ESS or electric vehicles using SK batteries, have never experienced a battery fire incident, positioning itself as a supplier that places safety as a top priority.

The long-cherished desire in the EV industry is high-speed charging. To fulfil the desire, SK Innovation has been developing batteries that only require charging twice for 10 minutes each time to provide enough power for an EV to run from Seoul to Busan in a round trip (260 miles). The battery supplier expects it can complete the development by as early as the end of this year or the first half of next year. Once such batteries with high usage are developed, they can play a significant role in the spread of EVs.

SK Innovation developed NCM9½½ for the first time in the industry following NCM622 and 811, which it also developed and mass-produced for the first time in the industry. Based on its technological capacity demonstrated by the development, the companied decided to concentrate its capacity on long-life batteries that enable long-range driving. SK Innovation also successfully conducted the industry’s first test-driving that went on 1,000 km under the most optimal driving conditions. The long-range driving is enabled and supported by the technology using high-density nickels as well as the company’s own technology that does not cause battery efficiency issues even after more than a thousand times of charging and discharging.

To present the importance of the technologies in detail in the exhibition, SK Innovation will introduce six themes. These include the history and major achievements of the company’s EV battery business, global partnership, “Next Battery” and its battery technology differentiated from others, key achievements in its global business and manufacturing processes, a blue print for future energy-focused circular economy through BaaS (Battery as a Service) and social values associated with the battery business.

Since the development of its first lithium-ion batteries in 1996, SK Innovation has written a history of being the industry’s first in development, such as development of batteries on HEV, PHEV and BEV as well as in mass production of NCM622, NCM811 and NCM9½½. These examples of the company’s history and main achievements in its battery business will be also on display. SK Innovation will also exhibit global EVs with its batteries mounted on.

“SK Innovation has made a huge investment in R&D to become a total energy solution provider since 1982,” said Su-Kil Lim, SK Innovation Vice President of Public Relations. “We will unveil most notable examples of our capacity recognized by our global partners in the exhibition. By sharing the future of batteries with the market and customers, we will create an opportunity to grow together with a variety of ecosystems including EVs.” 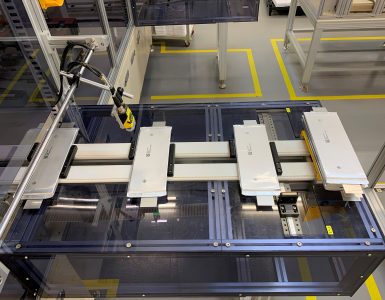 Ford and SK Innovation announced today they have signed an MoU to create a joint venture to manufacture battery cells and arrays. 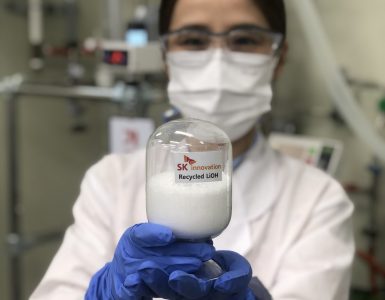 Kia Motors and SK Innovation knuckle down to achieve a circular economy for EV batteries. 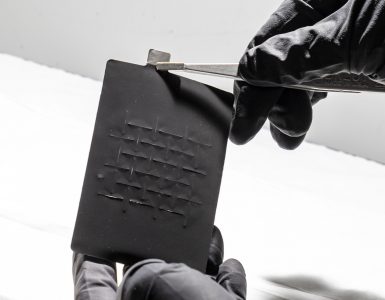