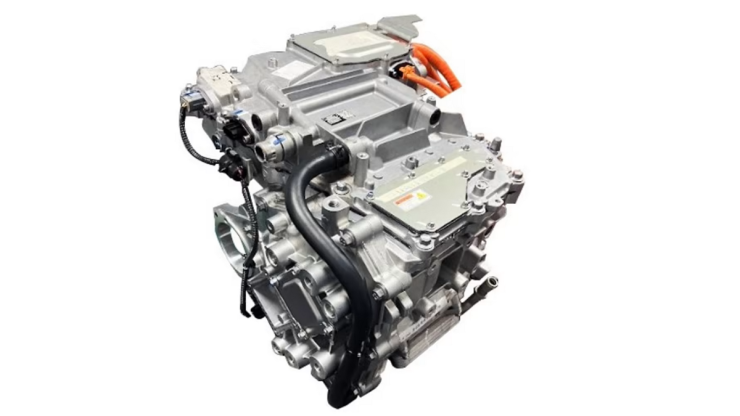 Nidec has announced that is has started the mass production of the second-generation model (“Gen.2”) of its EV traction motor system, E-Axle.

Nidec has announced that is has started the mass production of the second-generation model (“Gen.2”) of its EV traction motor system, E-Axle.

In April 2019, Nidec became the first tier-1 company in the world to launch the mass-production of E-Axle, the EV traction motor system that combines a motor, a gear, and an inverter (“Gen.1). Since then, a growing number of our Chinese and other countries’ customers have adopted Gen.1 to their automobiles, with 13 of their models equipped with it as of September 30, 2022 (More than 520,000 units have been produced by the date).

Gen.2, the E-Axle that the Company started mass-producing at Guangzhou Nidec Auto Drive System Co., Ltd. in China on September 26, 2022, is both lighter and quieter than its predecessor, Gen.1, based on magnetic circuit designing, oil cooling, and other technological knowhow that we have nurtured via Gen.1’s development and mass production.

*1. The system boasts the largest number of patent applications for oil cooling technology in China.

*2. The power of a magnet (ferromagnetic substance) will be lost at and above a certain temperature (Curie temperature), but the magnet can be more heat-resistant by using dysprosium and terbium. With the use of better cooling capabilities, Nidec’s E-Axle Gen.2 can successfully decrease magnets’ temperature, thus reducing the required amounts of dysprosium and terbium dramatically.

The 100kW model of E-Axle Gen.2 is now in mass production, but the currently produced 200kW, 150kW, and other models in the Company’s product lineup will be replaced by Gen.2 gradually.

As Nidec aims to acquire 40 – 44% of the global share of the EV drive motor market by 2030, our E-Axle will be the driving force behind this effort. As the world’s leading comprehensive motor manufacturer, Nidec stays committed to developing products based on its technologies to make light, thin, short, and compact products that are highly efficient and controllable, to propose, at an overwhelming speed, revolutionary solutions that contribute to the evolution of cars. 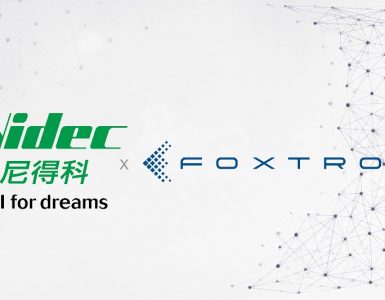 Foxtron has announced that it has signed a memorandum of cooperation (MoU) with Nidec Corporation to bolster EV key component development.