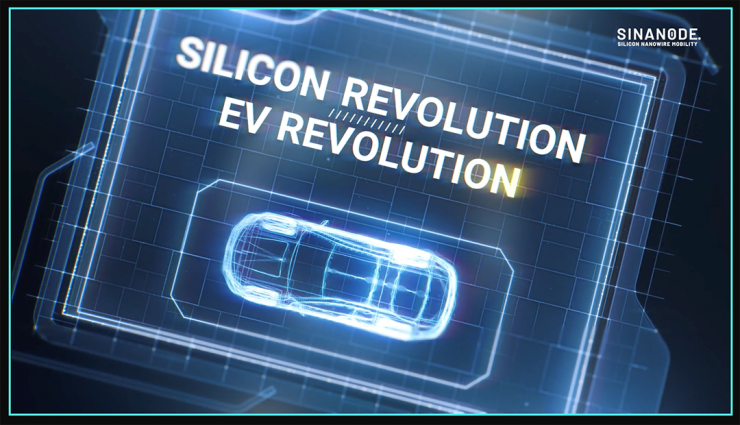 OneD Battery Sciences, leaders in EV battery technology, have announced SINANODE, a breakthrough technology to power the next generation of EV batteries. To build a battery with more silicon, a longtime challenge for the EV industry, SINANODE seamlessly integrates into existing manufacturing processes to fuse silicon nanowires onto commercial graphite powders, tripling the energy density of the anode while halving its cost per kWh. The higher energy density increases battery range while nanowires shorten charging time, enabling OEMs to design and produce electric vehicles that answer the booming market demand for better batteries.

“During this decade, we will witness the largest and fastest transformation of a global industry that’s ever been seen, and the decisions made today will determine which car makers come out on top of a market poised to bring in over $6 trillion between 2025 and 2030 alone,” said Vincent Pluvinage, CEO, OneD Battery Sciences. “EV demand will be driven by range, charge time, and cost, and our SINANODE technology addresses each of these purchase drivers in a significant way. Bottom line, 2025 winners of the EV race will be powered by the only technology equipped to get the most silicon into the battery.”

Over the last three years, leading graphite suppliers, cell makers, and EV makers in the U.S., Europe, and Asia, have tested SINANODE by applying the technology to commercial EV-grade graphite used in the anodes of EV batteries. Key findings and benefits include:

Furthermore, Fabrice Hudry, a veteran energy executive, has joined OneD Battery Sciences as Chief Commercial Officer, overseeing SINANODE production as the company begins the deployment of pilot production facilities and partnerships. Hudry joins the company after a seven year tenure at Samsung SDI, where as Vice President of Energy Solutions, he built the company’s Energy Storage Solutions (ESS) from the ground-up in America, firmly establishing SDI as the #1 Li-ion battery manufacturer with the top renewable energy players and leading automotive EV pioneering partners.

“What Silicon nanowires can do for the electric car battery is simply remarkable, and represents the most long-awaited innovation for the industry,” noted Hudry. “Joining OneD Battery Sciences as the company launches their pilot program is an incredible new opportunity at the perfect time, as I’ve seen firsthand what SINANODE can do to reduce costs and optimize performance immediately. I’ve explored the future of battery technology and believe SINANODE is the only technology that will pave the road for a realistic solid-state electrolyte battery transition.”

Find out more about the next generation EV battery technology by visiting onedsinanode.com.