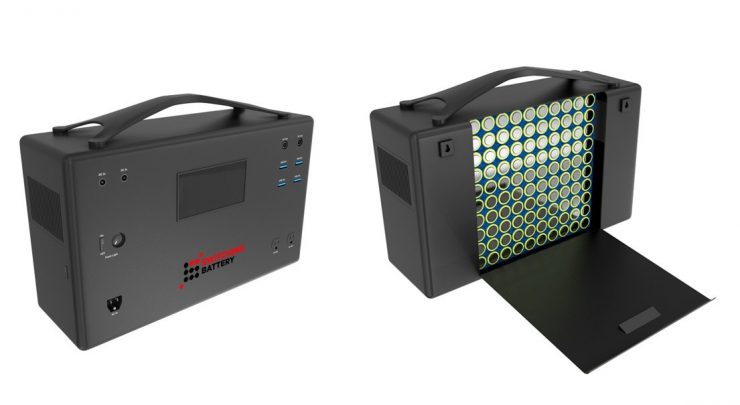 The Switching Battery is a new type of hardware with PCB that connects all the batteries to a renewable energy source as well as to the load, simultaneously, using software.  The Switching Battery does two things differently compared to non-switchable batteries.  Firstly, it charges and discharges the batteries instantly using two independent switching circuits at 50-60Hz with transistor switches. Secondly, the switching circuits enables a new “voltage shifting” technology.

The para-series arrangement produces a new technique for energy flow called “voltage shifting” when the first battery circuit is connected to the renewable power source, such as solar panels, in parallel initially to be charged. The circuits then switch to a second battery circuit that is timed precisely and connected to the load in series, thus enabling a higher voltage to the load.

Voltage shifting technology is useful where there is a space constraint for solar panels, such as in electric vehicles, as the Switching Battery takes over the voltage requirement to drive the load. The technique is also useful for all other renewable energy such as wind turbines that may be affected by slow wind speeds.

“The Switching Battery is like a flexible water tank that is able to squeeze all the water out by constantly shifting between a wider parallel arrangement and a taller series arrangement that makes it more efficient in extricating all the electrons from the batteries,” says Chettiar.

Chettiar is an education entrepreneur who has worked with reputed universities such as London School of Economics, University of London, Golden Gate University and University of New Brunswick to offer these courses in Singapore from 1990 until 2017. The battery research was initially undertaken by his education group, Stansfield College in 2005 through its India campus.  Chettiar continued the battery research with a team of independent experts from around the world after he left Singapore to pursue his full-time studies in Energy and Clean Technology at Berkeley School of Law.

The Switching Battery will be commercially available in early 2022.