Are community charging stations the way forward? Co Charger have developed a new platform supporting community charging  giving motorists with chargers the opportunity to share them with a few neighbours, enabling them to change to an EV sooner.

Electric and plug-in cars are better for the planet and cheaper to run than their petrol and diesel counterparts. Despite lock down restrictions, the Society of Motor Manufacturer and Trader (SMMT) figures reveal that more than double the number of electric cars has been sold in 2020 than in the whole of 2019. This shows that many motorists are eager to make the shift to electric well ahead of the 2030 ban on the sale of new petrol and diesel cars.

However, a major obstacle to the rapid uptake of electric and plug-in vehicles is that of reliable, practical and affordable charging. According to the Energy Saving Trust, 80% of electric car charging is done at home on private driveways or garages. But figures from the English Housing Survey (2016) reveal that at least 40% of people live in terraced houses or flats where installing a private charger isn’t an option.

These motorists have felt ‘locked out’ of electric vehicle ownership and the positives of home charging and have been reluctant to depend wholly upon the public charging network.

Co Charger is a new platform supporting Community Charging. It enables those who do have chargers, whether motorists, businesses, or community buildings to share them with neighbours who do not. Whilst there are already 30,000 public chargers in the UK, this number is a fraction of the number of home chargers – estimated to be at least 200,000. By sharing some of these chargers people living in flats and terraces where public charging isn’t an option can have access to a nearby charger. And for motorists who have invested in a charger it’s an opportunity to recoup some of the cost and make additional income – as well as helping their neighbourhood become cleaner and greener.

Co Charger has already been featured on Radio 5 Live, in The Daily Mail, and The Sunday Times and is a member of the Society of Motor manufacturers and traders (SMMT). It is also engaged with the Energy Saving Trust, the Renewable Energy Association and other environmental and business organisations including major car manufacturers.

The Co Charger app connects Hosts with Chargees. Hosts are motorists and organisations with an EV charger they would be open to sharing, whether that’s a neighbour, village hall or dental surgery. The app enables Hosts to manage bookings and set the price they would like to charge for the service.

Chargees are people who have an electric vehicle or are considering buying one but aren’t able to charge at home. Using the app, Chargees can browse local charge points and see rates that apply for each Host.

Payment operates on the AirBnB model, with the Chargee paying Co Charger and Co Charger passing that onto the Host, after taking a nominal fee. The Co Charger app is available for both iOS and Android, free to download and there is no subscription. More information about how charging sessions are managed are available in the Co Charger FAQs.

Joel Teague, CEO of Co Charger was prompted to develop it by finding himself temporarily without a charger. ‘Five years ago, a neighbour convinced me, a card-carrying petrol-head to get an electric car. The car arrived but my charger was delayed, and I found myself giving that same neighbour a few quid to use their charger once a week until mine arrived. It led to a lightbulb moment where I thought of all the people blocked from getting an electric vehicle because they live in a flat or terraced house and don’t have anywhere to charge.’

According to research by EV infrastructure company Connected Kerb, two thirds (67%) of existing electric vehicle owners would not have made the switch if they had to rely on public chargers. And nearly 9 in 10 of non-EV owners would be encouraged to make their next car purchase an EV if they had a space to charge it overnight.

Community Charging has the potential to accelerate the transition to electric vehicles by offering the following benefits:

Kirsty Semple lives in Topsham, Devon and her home isn’t suitable for an electric charge point installation. She recently signed up to the Co Charger app and was matched with a suitable host. ‘I’ve wanted to change to an electric car from a diesel for a long time,’ says Kirsty. ‘Through Co Charger I’ve found a Host with a charger he’s willing to share within a few minutes’ walk of my house.’

‘You don’t often get an idea that benefits everyone at the cost of no-one but that is what we have with Co Charger,’ says Joel. ‘Everyone benefits from environmental improvements, of course – but economically it solves problems for a lot of sectors. Car companies can ensure no-one leaves a showroom with a fossil-fuel vehicle because they cannot charge at home, and the money from being a Co Charger host is a strong EV sales tool when money is tight. Central and local governments get an immediate, free boost towards their environmental targets. Public charger companies and other EV-related apps see more EVs on the roads sooner, boosting their customer base. Fleet owners can electrify sooner, and renewable energy suppliers actually see fossil fuel money diverted into clean energy via their customers’ domestic supplies. This is what collaborative thinking and an openness to innovation brings and we’re very proud of being part of that.’ 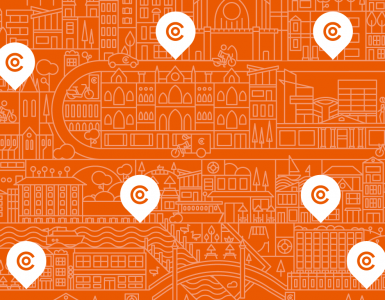