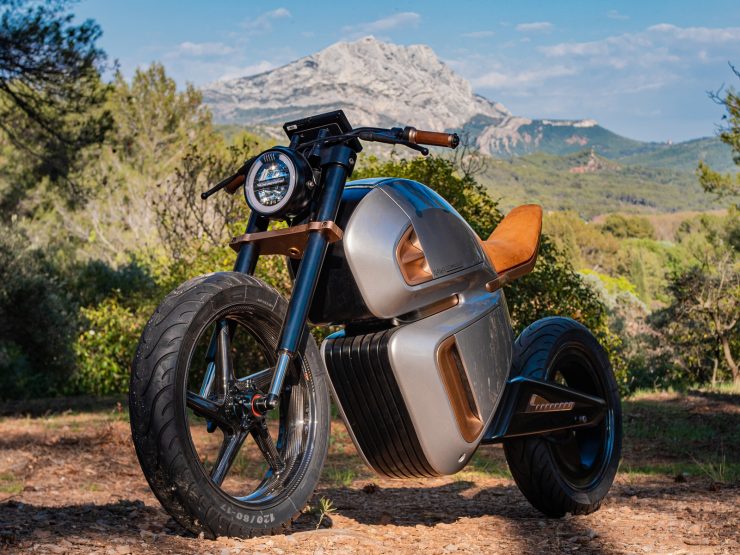 Nawa Racer E-Motorbike will make its UK public debut at this year’s Goodwood Festival of Speed Future Lab, from 8-11 July.

NAWA Technologies (NAWA), pioneers of advanced nano-materials for energy storage and composite applications, will be giving its NAWA Racer electric motorbike its UK public debut at this year’s Goodwood Festival of Speed Future Lab, from 8-11 July.

First revealed at CES 2020, NAWARacer is a zero-emission motorbike concept that illustrates how NAWA’s next-gen nano-based ultracapacitors, called NAWACap, can be applied to a real-world electric vehicle (EV) powertrain, by combining them with conventional lithium-ion cells to create a ‘hybrid’ battery system.

Optimising both energy sources, the innovation opens up new possibilities for all e-powertrains, greatly improving efficiency, reducing charging times and extending entire system life. Entirely modular and
scale-able, the system is applicable to any electric vehicle and can reduce the size of the lithium-ion battery by up to half, or extend the range by up to double – or a combination in between.

For the initial design of the NAWA Racer concept, NAWA Technologies was supported by expert design and engineering services provider Envisage Group – based in Coventry, UK. Envisage Group superbly translated designs and drawings made by Pascal Boulanger, NAWA’s founder and CTO, into beautiful and simple renderings and created a physical demonstrator for the CES show stand. An evolution of this initial concept will be on display at the Goodwood Festival of Speed.

Pascal Boulanger, Founder of NAWA Technologies, and CTO said: “NAWA Racer is our vision for the electric motorbike of tomorrow – a retro-inspired machine, but one that is thoroughly modern. It is lightweight, fast and fun, perfect for an emission-free city commute that will put a smile on your face. But it also lays down a blueprint for the future.

“NAWA’s next-gen ultracapacitors unleash the potential of the hybrid battery system thanks to having five times more power and five times more energy than existing ultracapacitors can. What is more, this design of powertrain is fully scale-able: there is no reason why this cannot be applied to a larger motorbike, or car or other electric vehicle. We are delighted to bring NAWA Racer to the Goodwood Festival of Speed – and to Future Lab, an exhibition which plays host to innovative visions of future technology, one that has built a reputation as a launchpad for international firsts.”

Located in NAWA Racer’s top tank area is an arrangement of NAWACap ultracapacitors, which offer
0.1 kWh and boost a lithium-ion battery mounted low in the chassis, where the internal combustion engine would otherwise be. Re-using more than 80 percent of the energy captured from regenerative braking, NAWA Racer uses a much smaller lithium-ion battery than would otherwise be possible: just 9 kWh, around half the size of a conventional electric sports bike’s battery.

The NAWACap pack itself is lightweight too and combined with the bike’s carbonfibre frame and composite body panels, NAWA Racer tips the scales at just 150kg, a weight saving of 25 percent over conventional electric sports bikes.

Thanks to its lithium-ion battery, NAWA Racer can cover 150km on a mixed cycle. But by capturing so much energy from stop-start riding, releasing it again as acceleration, NAWA Racer can double its urban range to 300km. The NAWACap pack recharges in just two minutes and the entire battery can be charged to 80 percent in one hour from a home supply.

As standard, the hub-less rim motor produces 100PS, rocketing NAWA Racer from rest to 100km/h in under three seconds, onto a top speed in excess of 160km/h. And no matter the charge level of the lithium-ion battery, this acceleration will always be available because of the ultracapacitor’s high power characteristics, which continually maintain response and performance.

Intended to turn heads as well as offer a ground-breaking electric powertrain, NAWA Racer brings a modern twist to its retro looks with simple, smooth lightweight composite panels, painted aluminium and copper, based on a strong, stiff but light carbonfibre frame.

Details such as LED lighting for the headlight and taillight, anodised matte black suspension forks, nubuck leather saddle in vintage camel and a hub-less rim motor complete the striking look.

Dynamic prototype on track to debut in Q3

Following a hugely successful global reception at CES 2020, NAWA took the decision earlier this year to develop a fully functioning prototype of NAWA Racer – and a highly experienced consortium assembled to bring it to life. The first fully ridable e-motorbike will be ready this summer, thanks to an expert group of partners comprised of NAWA itself, AKKA Technologies, Pronergy, FAAR, YSY Group and Lazareth.

While NAWA has no plans to make or sell a production version of the NAWARacer, it is open to approaches from appropriate partners interested in taking this revolutionary e-motorbike to the streets. 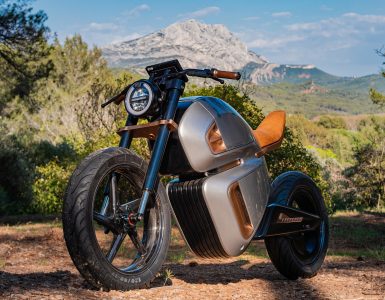 NAWATechnologies, AKKA Technologies, FAAR, Pronergy and YSY Group announce NAWARacer, will debut as a dynamic prototype in the coming months.