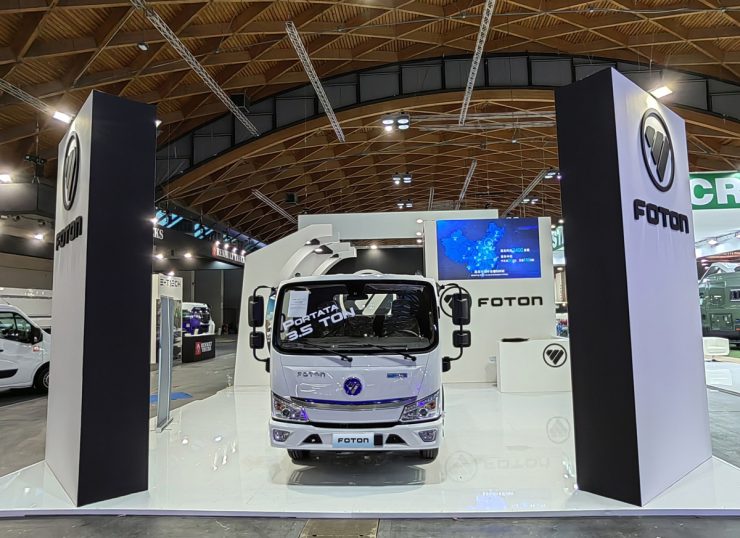 FOTON signed an agreement with European partner for the development of a new electric light commercial vehicle.

FOTON signed an agreement with European partner for the development of a new electric light commercial vehicle. The agreement consolidates the partnership set up by the two groups in September 2017 for joint development of innovative solutions for the light commercial vehicles market. Over the coming months, the two parties will finalize the technical documentation for the project and the contracts by Spring 2023.

This new agreement will consolidate the partnership established by the two groups in May 2018 to develop and produce new light commercial vehicle products for the European market, based on FOTON’s mini-truck product platform. After more than two years of joint development, the first city truck of the two parties NP6 launched in Europe on January 26, 2021, which fully in compliance with European standards.

Just this November at the Green Logistics Expo 2022 in Padua, Italy, FOTON brought the all-electric trucks developed for the European market, showing its signs of entering the European new energy market.

Back in June of this year, FOTON has already started to emerge in Europe. On June 3, FOTON debuted two pure electric trucks specifically developed for the European market at the IFAT exhibition in Munich, Germany. Since then, FOTON has kicked off its entry into the European new energy market.

It’s known that the European Union reached a deal to effectively ban new combustion-engine cars from 2035, which means that the European new energy vehicle market is shifting into the fast lane. FOTON has already met its standards for new energy technology, product quality and supply chain. As an access card to the European market, WVTA is internationally recognized as one of the most valuable certification systems in the world and accepted throughout the EU without the need for further testing. A range of FOTON’s new energy products, including pure electric trucks, VANs and buses, have received WVTA certification and have been put into operation in countries like Australia, New Zealand and Singapore.

It’s understood that FOTON is also gradually improving its operation, sales and service network in Europe. In the coming years, FOTON will strive to achieve breakthroughs in European markets such as Italy, Poland and Germany, and gradually seize the European new energy market by building up an industrial chain in the high-end market.