Today, as part of its participation in the NADA annual trade show in Las Vegas, FLO is officially introducing its fastest level 2 EV charger.

Building on FLO’s best-selling commercial CoRe+ model, the CoRe+ MAX version offers the same clever versatility and customization up to 80 AMPs. It delivers a maximum power output of 19.2 kW, making it the most powerful level 2 charger available in the North American market.

“We strive to build the most robust and reliable chargers on the market because we know that our commercial and fleet customers depend on those features every day,” said Nathan Yang, Chief Product Officer at FLO. “Our original CoRe+ product has met the highest standards of dependability for years, thanks to its rugged design and capacity to withstand extreme weather conditions, making it a highly successful product in its own right. Now, we have created the Core+ MAX, which builds upon the very best features of its predecessor to offer even more impressive power and versatility.”

“We believe there is a growing need for adaptable commercial chargers given the broad array of EVs coming to market in the near future. Owners can limit the maximum available amperage to charge light duty electric vehicles and pick-up trucks during the day while later increasing capacity to charge larger vehicles, such as electric school buses, overnight. At a quarter of the cost of a typical DCFC charger, the CoRe+ MAX offers great value, while giving fleet operators a solution that will remain relevant for many years to come,” said Yang.

The CoRe+ MAX charger has been installed on a pilot basis in multiple locations in Canada and in the United States in the last 12 months and has already been adopted by established fleet managers. The product is also entirely compatible with other FLO chargers as part of networked installations. The CoRe+ MAX is currently in production for the Canadian market and items can already be ordered by site hosts wanting to build or expand their EV charging installations. 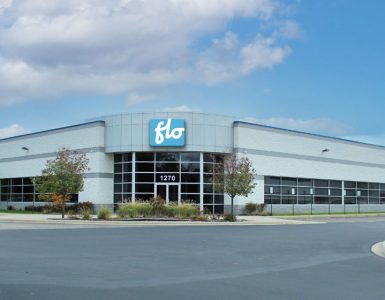 FLO, has announced plans to open its first U.S. manufacturing facility in late 2022 to accelerate execution of its U.S. market strategy.