FEV, a leading international independent service provider in vehicle and powertrain development, has joined the H2Global Foundation to achieve the goals adopted in Germany’s National Hydrogen Strategy, to aid the production and import of green hydrogen and power-to-x products. The foundation serves to implement the funding concept of the German Federal Ministry for Economic Affairs and Energy, while FEV brings over 20 years of experience in the field of hydrogen technologies.

“In order to achieve climate neutrality for the European economy, Germany and Europe will be dependent on energy imports in the future. ‘Green’ hydrogen, meaning hydrogen produced from renewable energies, can be used as a storage medium of these energies, as well as a basis for synthetic fuels, or directly in fuel cells and combustion engines. Therefore, it is important to accelerate the corresponding market ramp-up and establish a German, or even European, hydrogen economy,” said Professor Stefan Pischinger, CEO of FEV Group. “The transportation sector here in particular represents a significant demand. To achieve a rapid reduction of CO2 emissions in this field, the use of all available technology options is required.”

Hence, FEV has joined the H2Global Foundation, which is entrusted with implementing the funding concept of the same name. The goal is not only to promote the market rollout of green hydrogen and hydrogen-based power-to-x products in Germany, but also to develop a local hydrogen economy in exporting countries.

The market-oriented support program was initially designed by the German Society for International Cooperation (GIZ) and is now being further developed by a commission of experts, under the project sponsorship of the German Hydrogen and Fuel Cell Association (DWV). The foundation is drafting the necessary regulations and specifications, monitoring compliance, and validating conditions for funding set forth by the German Federal Ministry for Economic Affairs and Energy, in addition to other ministries.

“To achieve national and international climate goals, a global approach to solutions, increased international cooperation, changed economies, and a systematic de-fossilization of national economies worldwide is required. Various regions are particularly attractive as strategic partners for future energy imports due to favorable wind and solar conditions for renewable energy production,” said Professor Pischinger. “However it is important to ensure that the export of energy sources does not come at the expense of the energy supply needed to service the exporting countries or slow down their own efforts for an energy turnaround, as this could create incentives to reinvest in petroleum-based energy sources. For us, a partnership of equals means that all parties should benefit.”

Legally binding global climate protection targets were laid down as part of the Paris Climate Agreement of 2015. Among other measures, it was decided to reduce the EU’s harmful emissions by 40 percent compared to 1990. Under the European Green Deal, this figure was tightened to 55 percent, Germany went even further, raising its targets to 60 percent. The goal is to achieve complete climate neutrality across the EU by 2050. The strong interconnection of the European market, and steady growth in transport volumes call for a common strategy, particularly in the transport sector. By partnering with the H2Global Foundation, FEV expects to be at the leading edge of this ambitious change. 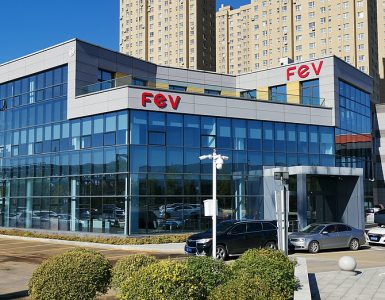 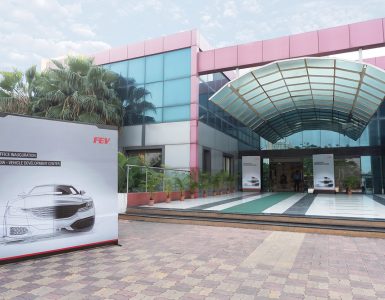 FEV India has established two new offices in Pune, one being the Smart Mobility Center focusing on intelligent and electrified mobility. 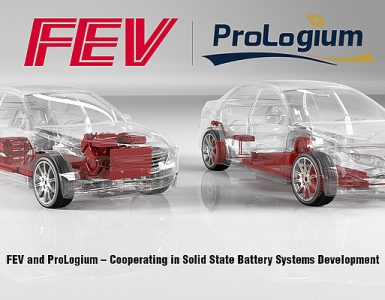