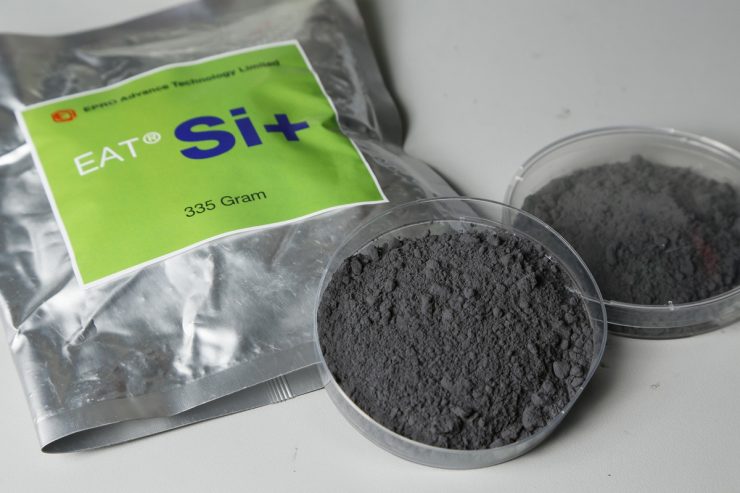 EPRO Advance Technology (EAT) – has today announced a breakthrough in green hydrogen energy generation and energy storage, revealing what is believed to be the easiest and lowest cost way to deliver hydrogen that the world has seen.

This revolutionary process has the potential to kick start the hydrogen economy, bringing it forward by decades, transforming hydrogen from the fuel of the future to the fuel of tomorrow.

EAT has developed a ground-breaking porous silicon material – called Si+ – which can generate, on demand, ultra-pure hydrogen from a water source. Si+ can also act as a solid-state hydrogen generating material which is compact, robust and easily transportable.

It has the potential to solve the significant challenges of the storage, safe handling and transportation of hydrogen, long-standing inhibitors of the growth of the hydrogen economy.

As a guaranteed source of safe, on-demand energy, Si+ has multiple uses. It can facilitate the phasing out of expensive and polluting backup diesel generator sets – known as “gensets.”

Si+ is an ideal replacement for marine fuel oil – due to be phased out next year – and offers a thermal energy storage solution through exothermic heat that is released during the Si+ hydrogen generation reaction.

“Si+ facilitates a guaranteed form of energy when compared with renewable energy, which is often intermittent. It’s the first distributable energy storage material of grid parity,” said Albert Lau, CEO of EAT. “Si+ technology has the potential to bring forward the hydrogen economy by decades.”

During a webcast, Mr Lau demonstrated how Si+ can generate hydrogen from a water source. “You could compare the inert vacuum-packed Si+ cartridges to those coffee machine pods and capsules, just add water and release the product!” he said.

The production process consumes underutilized electricity, emitting no greenhouse gases. The raw material is metallurgical silicon, which can be sourced from sand together with a carbon source, or from recycled silicon from broken or end-of-life solar panels otherwise destined for landfill.