Canadian designer and manufacturer of environmentally efficient electric vehicles, ElectraMeccanica have announced “Drive SOLO,” marketing campaign aimed at educating consumers about the Company’s flagship SOLO EV. The SOLO EV that has a range of 100 miles and a top speed of 80mph making it safe for highways is now in production and is currently available for pre-orders at https://electrameccanica.com/product/solo-reservation/.

ElectraMeccanica has created an innovative, three-wheeled, single-occupant all-electric vehicle that will transform urban transportation and revolutionize the world’s driving eco-system. The campaign challenges consumers to reconsider their driving habits, particularly when commuting to work, the gym, or visiting friends. When you are driving solo…”Drive SOLO.”

The campaign launched earlier this week with a takeover of one of Los Angeles’ iconic billboards followed by a digital storytelling campaign across all social and digital media platforms, including: Facebook, Instagram, Twitter and the Company website. This marketing campaign accompanies the Company’s August 26 start of production of the SOLO, with deliveries targeted for late November/early December 2020.

The “Drive SOLO” campaign is characterized by bold, minimalist visuals, which were designed by Narrative Media Group, a specialty creative experience agency that has worked with some of the country’s most high-profile influencers, organizations and iconic brands. As the first in a series of future postings, this billboard is located in one of West Los Angeles’ most highly trafficked locations on Santa Monica Boulevard leading to the Company’s first retail store in Century City. More broadly, ElectraMeccanica is pursuing a hybrid traditional/non-traditional social and digital marketing campaign to be rolled out over the next several months. The dynamic and geo-targeted campaign includes a Spotify ad buy spanning mobile and desktop platforms that communicates the accessibility, sustainability, relevance and cutting-edge technology of the SOLO.

“Our ‘Drive SOLO‘ campaign will position our flagship SOLO at the center of a transportation revolution, filling a niche between last-mile micro-mobility solutions and larger, under-utilized passenger cars,” said ElectraMeccanica CEO Paul Rivera. “Coming on the heels of the start of production and leading up to the first SOLO deliveries in late 2020, we are changing the way people think about how and what they drive. When you’re driving solo, ‘Drive SOLO.'”

Distribution of the SOLO will begin in three locations where the Company has an existing retail footprint; Southern California, Scottsdale, AZ and Portland, OR. Additional deliveries will be made to key markets along the west coast as the company continues to expand.

The SOLO is a purpose-built three-wheeled, all electric solution for the urban environment. Engineered for a single occupant, it offers a unique driving experience for the environmentally conscious consumer. The SOLO features front and rear crumple zones, side impact protection, roll bar, torque-limiting control, as well as power steering, power brakes, air conditioning and a Bluetooth entertainment system. It blends a modern look with safety features at an accessible price point of $18,500. 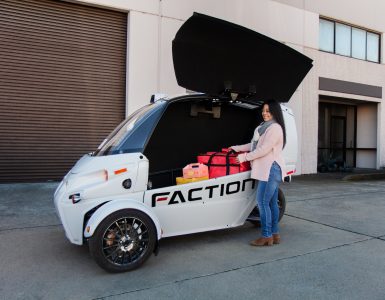 Driverless deliveries will be made ​​in lightweight, EVs based on three wheel EV platforms from Arcimoto, and from ElectraMeccanica. 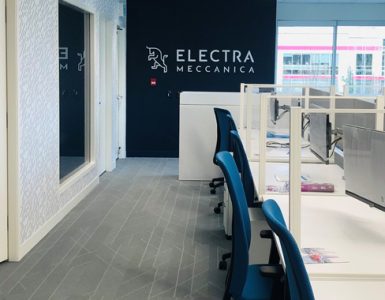