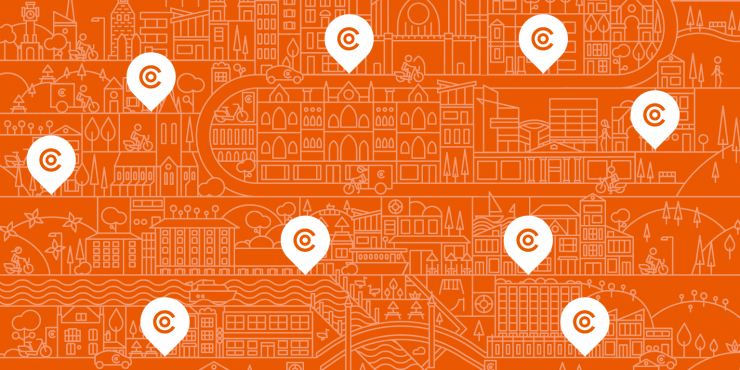 It’s been a breakout year for electric vehicle uptake. Despite repeated showroom closures, figures from the Society of Motor Manufacturers and Traders (SMMT) reveal that one in 10 cars registered in the UK in 2020 were electric, with one EV registered every three minutes.

It’s clear that many motorists want to make the move towards greener, more economical electric vehicle ownership. But if they live in a flat or terraced house that means being reliant on public chargers. And a Freedom of Information (FOI) request by Centrica revealed that on average councils are planning on installing just 35 public charging points by 2025. Councils aim low with on-street charger plans .

Don’t have a car charger? Rent your neighbour’s!

Whilst there are already 30,000 public chargers in the UK, this number is a fraction of the number of home chargers – estimated to be at least 300,000. By sharing some of these chargers people living in flats and terraces where public charging isn’t an option can have access to a nearby charger.

Co Charger is a new platform supporting Community EV Charging. It enables those who do have chargers, whether motorists, businesses or community buildings to share them with neighbours who don’t. Co Charger has already been featured on Radio 5 Live, in Autocar , Forbes and The Sunday Times, and is a member of the Society of Motor manufacturers and traders (SMMT). It is also engaged with the Energy Saving Trust, the Renewable Energy Association, the Office for Zero Emissions Vehicles (OZEV) and other environmental and business organisations including major car manufacturers.

The Co Charger app connects Hosts with Chargees. Hosts are motorists and organisations with an EV charger they’d be open to sharing, whether that’s a neighbour, village hall or dental surgery. The app enables Hosts to manage bookings and set the price they would like to charge for the service.

Chargees are people who have an electric vehicle, or are considering buying one but aren’t able to charge at home. Using the app, Chargees can browse local charge points and see rates that apply for each host.

Payment operates on the AirBnB model, with the Chargee paying Co Charger and Co Charger passing that onto the host, after taking a nominal fee. The Co Charger app is available for both iOS and Android, free to download and there is no subscription. More information about how charging sessions are managed are available in the Co Charger FAQs.

‘Increasing public chargers is essential but the process is expensive, disruptive and slow,’ says Joel Teague, CEO of Co Charger. ‘Even once the decision has been made the process of assessment and installation can be a lengthy one. Community Charging offers an immediate solution without a single hole being drilled or post installed. A Host and Chargee connect via the Co Charger app and the first charging session can happen later the same day!’

Kirsty Semple lives in Topsham, Devon and her home isn’t suitable for an charge point installation. She recently signed up to the Co Charger app and was matched with a suitable host. ‘I’ve wanted to change to an electric car from a diesel for a long time,’ says Kirsty. ‘Through Co Charger I’ve found a Host with a charger he’s willing to share within a few minutes walk of my house.’

According to research by Connected Kerb, 67% of electric vehicle owners would not have made the switch if they had to rely on public chargers. And nearly 9 in 10 of non-EV owners would be encouraged to make their next car purchase an EV if they had a space to charge it overnight.

Community EV Charging has the potential to accelerate the transition to electric vehicles by overcoming these obstacles and offering the following benefits:

And for motorists who’ve invested in a charger it’s an opportunity to recoup some of the cost and make additional income – as well as helping their neighbourhood become cleaner and greener.

Unlocking the benefits of electric vehicle ownership for all motorists

Once electric vehicle ownership was seen as an eco-friendly but expensive choice. But with list prices dropping, and second-hand vehicles coming onto the market it’s now becoming an attractive option for the budget conscious. With running costs at around 4-6p a mile rather than 12p for a petrol or diesel car (Energy Saving Trust) running an electric vehicle can offer significant savings.

However, motorists living in flats or terraces without access to a charger can feel ‘locked out’ of these benefits, as can those in rented accommodation where the landlord’s permission would be required to install a charger.

And a survey featured in The Times Poshest addresses lead the charge for electric vehicles flagged up that in England’s richest neighbourhoods electric and hybrid vehicles make up 1 in 27 cars but in less affluent areas it drops to 1 in 734.

If widespread electric vehicle adoption is going to be successful, all motorists have to have easy, convenient and dependable access to chargers.

‘One motorist could live in a penthouse flat and have the budget to splash out on a Jaguar iPace, whilst another is in a terraced house shopping round for a second hand Nissan Leaf,’ says Joel Teague . ‘Neither has a private driveway – and yet both need easy and convenient access to a charger. Community charging can solve that problem. Rather than face the hassle of tracking down a public charger they can create a regular booking with a neighbour and have the closest possible experience to having a charger of their own.’

‘I know how challenging it can be to run an electric car without a charger because I was once in that position myself,’ adds Joel. ‘But five years ago a neighbour convinced me to get an electric car. My new Renault Zoe arrived but the charger installation was delayed, and my nearest public charger was half a mile away. I ended up giving the same neighbour a few quid to use their charger once a week until mine arrived. It was such an easy, convenient arrangement and led to a lightbulb moment in which I realised that connecting communities via an app to share chargers could unlock electric vehicle ownership for millions of motorists.’

Joel himself is a reformed petrol-head turned electric vehicle superfan. ‘I used to drive Jaguars, which I would buy second-hand. But then I decided to invest in a new Renault Zoe because it offered a smooth, quiet ride and was an ethical choice. However, as is the case for a lot of motorists going electric did mean stretching my budget when it came to the initial purchase but I knew that over time the low running costs would make the car a wise financial choice for me and my family. If I hadn’t been able to charge at either at home or within my immediate neighbourhood the transition to an electric vehicle wouldn’t have been viable – and with Co Charger I want to help more motorists have the same opportunity.’ 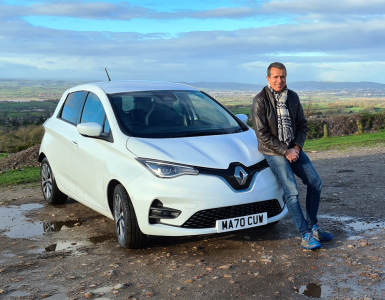