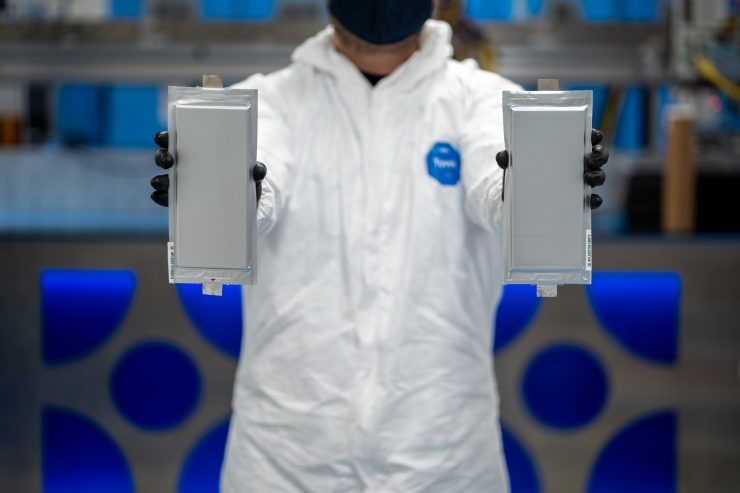 Solid Power, an industry-leading producer of all solid-state batteries for electric vehicles, today announced a $130 million.

Solid Power, an industry-leading producer of all solid-state batteries for electric vehicles, have announced a $130 million Series B investment round led by the BMW Group, Ford Motor Company and Volta Energy Technologies. Ford and the BMW Group have also expanded existing joint development agreements with Solid Power to secure all solid-state batteries for future electric vehicles.

Solid Power’s leadership in all solid-state battery development and manufacturing has been confirmed with the delivery of hundreds of production line-produced battery cells that were validated by Ford and the BMW Group late last year, formalizing Solid Power’s commercialization plans with its two long-standing automotive partners.

“Being a leader in advanced battery technology is of the utmost importance for BMW. The development of all solid-state batteries is one of the most promising and important steps towards more efficient, sustainable, and safer electric vehicles. We now have taken our next step on this path with Solid Power,” said Frank Weber, Member of the Board of Management BMW AG, Development. “Together we have developed a 20 Ah all solid-state cell that is absolutely outstanding in this field. Over the past 10 years BMW has continuously increased the battery cell competence– important partners like Solid Power share our vision of a zero-emission mobility.”

“Volta invested early in Solid Power when our team of energy and commercialization experts found they had not only promising technology, but also a fundamental focus on manufacturability. After all, a breakthrough battery will not find a place in the market if it can’t be produced at scale with acceptable costs,” said Dr. Jeff Chamberlain, CEO of Volta Energy Technologies, a venture capital firm spun out of the U.S. Department of Energy’s Argonne National Laboratory focused on investing in breakthrough energy storage and battery innovations. “The fact that Solid Power is already producing multi-layer all solid-state batteries using industry-standard automated commercial manufacturing equipment is why Volta is excited to ramp up its earlier investment. The company’s partnership with BMW and Ford will further accelerate the full commercialization of Solid Power’s batteries and position both car companies to be among the first to have EVs on the road powered by safer, affordable, high-energy solid-state batteries.”