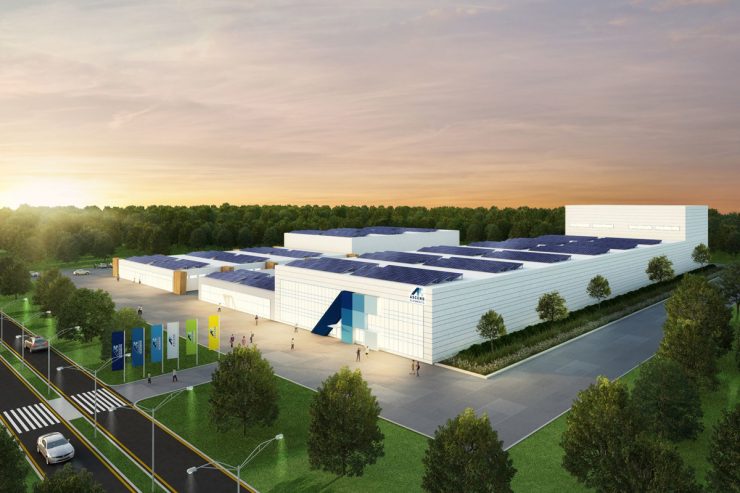 Ascend Elements has announced it plans to invest up to $1 billion to build a sustainable lithium-ion battery materials facility in Kentucky.

Ascend Elements has announced it plans to invest $310 million in Phase 1 — and up to $1 billion over several possible phases — to build a sustainable lithium-ion battery materials facility in Hopkinsville, Ky., with groundbreaking expected in Q4 2022. The first-of-its-kind manufacturing facility, known as “Apex 1”, will be home to the company’s innovative Hydro-to-Cathode™ direct precursor synthesis process technology — taking in black mass from recycled electric vehicle batteries and producing enough lithium-ion battery precursor and sustainable cathode active material to equip up to 250,000 electric vehicles per year. This closed-loop manufacturing system generates minimal waste and carbon emissions compared to traditional cathode manufacturing. Apex 1 will feature onsite chemical recycling capabilities and a wastewater treatment plant.

“I am incredibly proud of how we in Kentucky have taken the initiative to ensure our state will be a leader in the automotive industry of the future,” Kentucky Gov. Andy Beshear said. “The addition of Ascend Elements to Hopkinsville is a tremendous step toward building that foundation even further. This is a company focused on growing in a sustainable way and one that will benefit so many other businesses in our state and throughout North America. I want to welcome Ascend Elements to Kentucky and thank its leaders for their commitment to our talented workforce.”

Located on over 140 acres in the Commerce Industrial Park II in Hopkinsville, the 500,000-square-foot Apex 1 facility will begin operations in late 2023. With the potential expansion phases, the facility would employ up to 400 people in a variety of roles – from engineers and chemists to warehouse associates and manufacturing operators. The project is expected to potentially generate $4.4 billion in economic impact to Kentucky over the construction period and first 10 years of operation.

“I’d like to thank Gov. Beshear and his staff for their support as well as everyone in Christian County and the City of Hopkinsville. Clean energy and climate technology industries are bringing good jobs to communities across the country, and we couldn’t be happier with our decision to locate Apex 1 in southwest Kentucky,” said Michael O’Kronley, CEO of Ascend Elements. “We’re building something in Kentucky that doesn’t exist anywhere in the United States – a domestic source of sustainable lithium-ion cathode material for EV batteries.”

O’Kronley said the company looked at more than 50 locations for this facility and the Hopkinsville site was the only one that met all requirements. The site offers easy access to transportation, clean renewable power, and a diverse workforce. Proximity to electric vehicle manufacturers and lithium-ion battery factories in the southeast United States was another key requirement. Additionally, the Ascend Elements Base 1 battery recycling facility in Covington, Ga. is a key source of recycled battery feedstock (black mass) for the Apex 1 facility.

“We’re in the middle of a global energy transformation and it’s critical that we produce lithium-ion battery material in the United States. Our future energy independence and national security depend on it,” O’Kronley said. “This new facility in Hopkinsville will produce sustainable, active battery material for approximately 250,000 EVs per year. That will go a long way toward making electric vehicle batteries cleaner.” 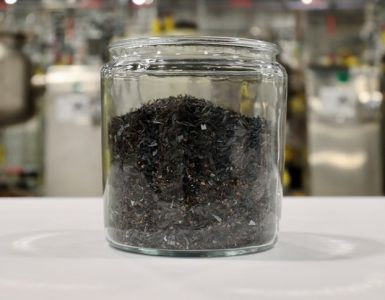