Arrival Lists its Shares on Nasdaq With the Symbol “ARVL”

Arrival, the global company creating electric vehicles with its game-changing technologies, has become a publicly listed company trading on the Nasdaq Global Select Market with its Ordinary Shares and Warrants listed under the new ticker symbols “ARVL” and “ARVLW”, respectively. Arrival completed the previously announced business combination with CIIG Merger Corp. on March 24, 2021.

We believe that all vehicles will soon be electric, because it is better for people, the planet and business. Arrival’s invention of a unique new method to design and produce vehicles using local Microfactories makes it possible to build highly desirable yet affordable electric vehicles – designed for your city and made in your city. Going public is an opportunity that will allow us to continue to scale globally, bringing these products to more and more cities and people. We also understand that this comes with responsibility. Arrival has a remarkable company culture, which attracts great talent and enables us to be truly creative. The hard work of more than 1800 people over the past six years has made today’s milestone possible, and I would like to personally thank each and every one of the team.

As Chairman of the Board, I am personally excited to support Arrival’s next phase of growth as its vehicles hit the roads and its Microfactories begin to service local communities. I congratulate them on this landmark moment and am looking forward to working with their talented team to deliver Arrival’s pioneering products and to grow the brand globally.

Arrival’s new method of designing and producing best-in-class zero-emission vehicles is enabled by its in-house developed hardware, software and robotics technologies. This vertically-integrated approach enables the use of low CapEx Microfactories and allows Arrival to price its vehicles competitively with fossil fuel equivalents and provides customers with a much lower Total Cost of Ownership (TCO). Arrival believes that, by creating the best products and removing the price premiums that currently exist for EVs, it will help to accelerate the transition to clean-air commercial vehicles all over the world, in turn improving air quality for millions of people.

There has already been strong interest in Arrival’s vehicles, with a commitment to purchase up to 10,000 electric vehicles from United Parcel Service (UPS), plus an option to order up to an additional 10,000.

There is an enormous market opportunity for commercial electric vehicles – a sector that has been traditionally underserved. There is rising demand from cities, fleet operators and national governments to decarbonize operations in line with global public policy, but they have lacked the choice and cost efficiency to make the transition. In the U.S., more than a dozen states, districts and territories, and over 200 cities and counties now have committed to or already achieved 100% clean electricity. Globally, energy experts predict that the commercial EV market will mushroom from a low base today to sales of three million units by 2025 and nine million by 2030, led by buses and light trucks. Arrival’s public offering enables the company to accelerate the transition to electric vehicles with its best-in-class products and flexible Microfactories, providing cities with an integrated transportation ecosystem to help them meet their sustainability goals.

Arrival has grown to over 1800 employees located across the world including offices and engineering facilities in the U.S.A., U.K. and Germany. The company will also open its North American HQ later this year in Charlotte, North Carolina, further expanding its US presence. Arrival recently announced its global Board of Directors, which brings a diverse set of expertise. Peter Cuneo, former CEO for Marvel, will be the Non-Executive Chairman of the Board, alongside Directors Avinash Rugoobur, current President of Arrival, Jae Oh, current VP and Head of Corporate Development at Hyundai Motor Group, Kristen O’Hara, current Chief Business Officer of Hearst Magazines and former CMO of Time Warner Inc., Alain Kinsch, who until recently served as a Managing Partner at Ernst & Young, Tawni Nazario-Cranz, Venture Operating Partner at SignalFire and former CHRO of Netflix, and Rex Tibbens, President, CEO and Director of Frontdoor Inc. and former COO of Lyft.

Arrival will be ringing the Nasdaq’s opening bell on Monday 29th March to celebrate its new public company status.

Arrival today announced that it has produced the first production verification vehicle from its Bicester Microfactory. 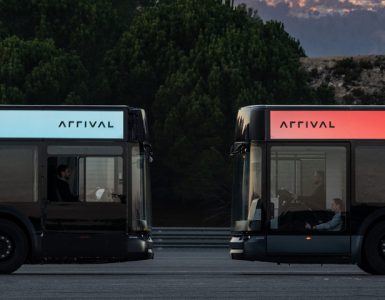 Enel X, together with Arrival, have entered into a partnership to test the zero-emission battery electric bus in Italy. 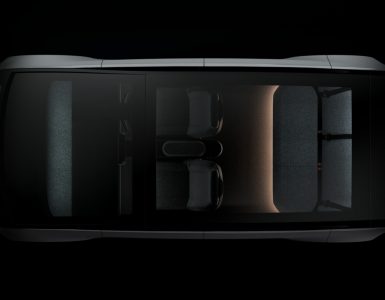 Arrival, is partnering with Uber to develop an affordable, purpose-built electric car for ride-hailing industry, expected by 2023.