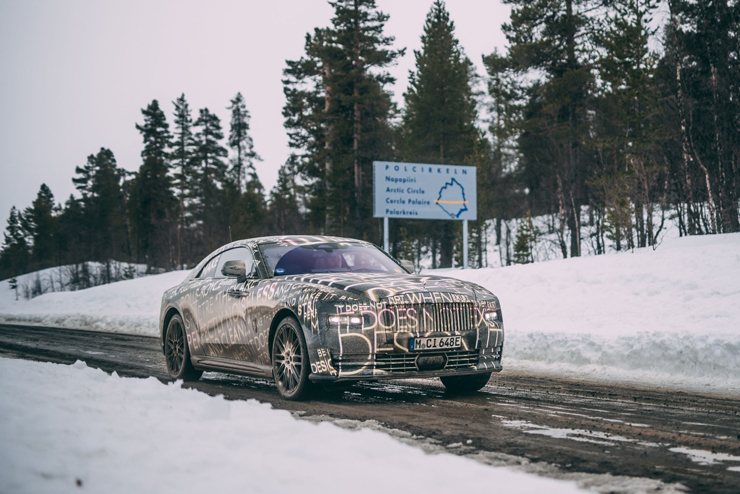 Rolls-Royce Motor Cars has announced its all-electric Rolls-Royce Spectre has completed its winter testing 55km from Arctic Circle. A new Rolls-Royce motor car always begins its life in winter. Temperatures at the Bespoke facility used by the marque, located in Arjeplog, Sweden, just 55km from the arctic circle, drop to -26 degrees centigrade and are further cooled to -40 degrees centigrade.

A new Rolls-Royce motor car always begins its life in winter. Temperatures at the Bespoke facility used by the marque, located in Arjeplog, Sweden, just 55km from the arctic circle, drop to -26 degrees centigrade and are further cooled to -40 degrees centigrade.

There are several reasons for subjecting the marque’s products to such extremes. When the first prototypes are built, engineers perform very basic tests in extreme conditions to ensure that each system is operational and functions at a basic level in a cold weather environment. This test is combined with the beginnings of the refinement process – the first ‘lessons’ in a finishing school that will form the foundations of a motor car worthy of the marque.

This begins with processes that are common to the automotive industry such as noise, vibration and harshness tests. The variables that affect this are manifold, spanning from the materials selected for major hardware components to the density of the door rubbers, bushing compounds, fastening materials and even properties of bonding agents. The performance of these variables can change considerably when subjected to extreme temperatures – likewise the efficiency of the motor car’s heating, ventilation, air conditioning and cooling systems.

As a true luxury brand, there is an additional component of winter testing that is of great importance to Rolls-Royce. This is defined by the marque’s engineers as ‘de-escalated time’, which enables incredible accuracy and control in creating the Rolls-Royce experience using Spectre’s chassis control systems, powertrain management and electronics control.

By driving on low traction surfaces such as snow and ice and wilfully destabilising Spectre, the engineers can create dynamic circumstances at low speeds that would ordinarily occur at high speeds. This can be reviewed and guided in situ and in slow motion, in doing so parametrising and finessing cold-weather vehicle performance in areas such as handling, controllability, stability, predictability and the ‘waftability’ that defines the Rolls-Royce experience.

De-escalated time enables engineers to create unparalleled detail in the motor car’s response, in doing so schooling Spectre to think, behave and communicate like a Rolls-Royce worthy of the marque. Following more than half a million kilometres of testing, 25% of this process has now been completed.

“Refining the all-electric drivetrain that underpins Spectre challenges the very definition of engineering. The departure from internal combustion engines allows us to significantly increase the processing power of our individual components and create a Decentralised Intelligence. We refer to this unprecedented era, where we benefit from a multi-control, multi-channel and highly interconnected electronic and electric powertrain architecture, as ‘Rolls-Royce 3.0’.

“Our task is to teach each component and system how to think, behave and communicate like a Rolls-Royce, which sees much of the engineering pivot from workshops into the digital space. Here in Arjeplog we have built a significant foundation on which we will create a true Rolls-Royce. This is a big step forward for our brand, but also for electrification – even though Spectre is in its infancy, I can confirm that the technology is able to contain the Rolls-Royce experience.”
Mihiar Ayoubi, Director of Engineering, Rolls-Royce Motor Cars 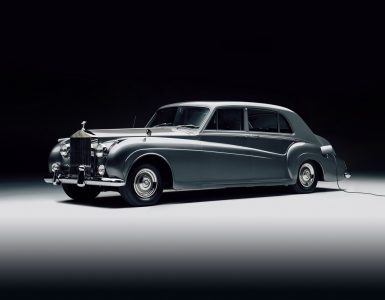