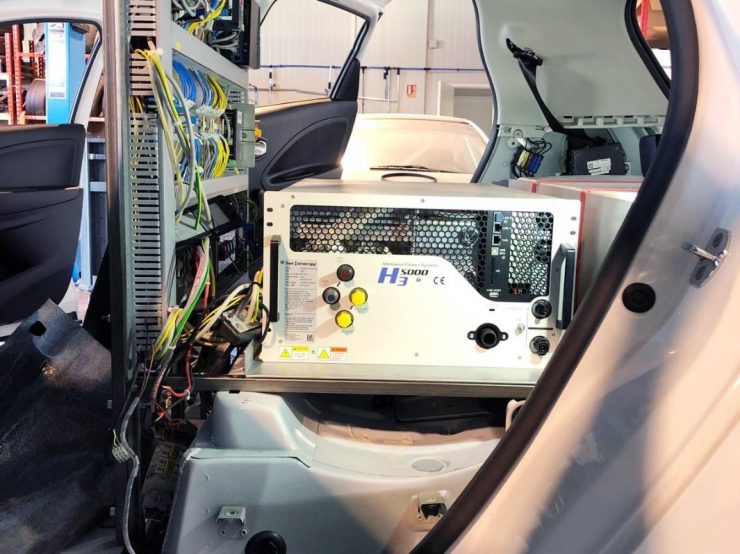 Advent Technologies announces its contribution to the new world record for the longest distance ever covered by an EV without recharging.

Advent, has announced its contribution to the new world record for the longest distance ever covered by a hydrogen vehicle without refueling and an electric vehicle without recharging. The record was broken within the framework of an innovative project conducted by ARM Engineering, a French based research and development firm focused on providing innovative and sustainable solutions for the mobility market.

ARM Engineering recently developed renewable synthetic methanol called G-H3, which has, among other features, the ability to power both thermal and electric vehicles, with the latter being powered by a fuel cell. Choosing Advent’s methanol-based H3 5000 fuel cell unit as the power source for the electric Renault Zoe, ARM Engineering and its team of highly experienced drivers managed to cover a total of 2,055.68 km (1277.34 mi) over 40 hours while driving at approximately 50 km/h (31 mph), setting the new world records for the longest distance for a hydrogen-powered or an electric vehicle on a single charge or fueling.

The project took place at the Albi circuit in France over the course of three days. As part of the demonstration, five drivers from ARM Engineering drove the modified Renault Zoe non-stop from early morning until midnight, surpassing the previously achieved world record of 1,360 km (845 mi)—proving the reliability and efficiency of hydrogen-powered vehicles.

Dr. Emory De Castro, Advent’s Chief Technology Officer, stated, “we are proud to participate in this unique project, and we would like to congratulate ARM Engineering for its well-deserved achievement. This new world record represents a great example of how fuel cells can produce clean and uninterrupted power while replacing the need for conventional fuels. Undeniably, the global hydrogen-powered fuel cell vehicle industry is accelerating at an unprecedented rate, and we at Advent Technologies very much look forward to continuing to be key enablers of this transition.”