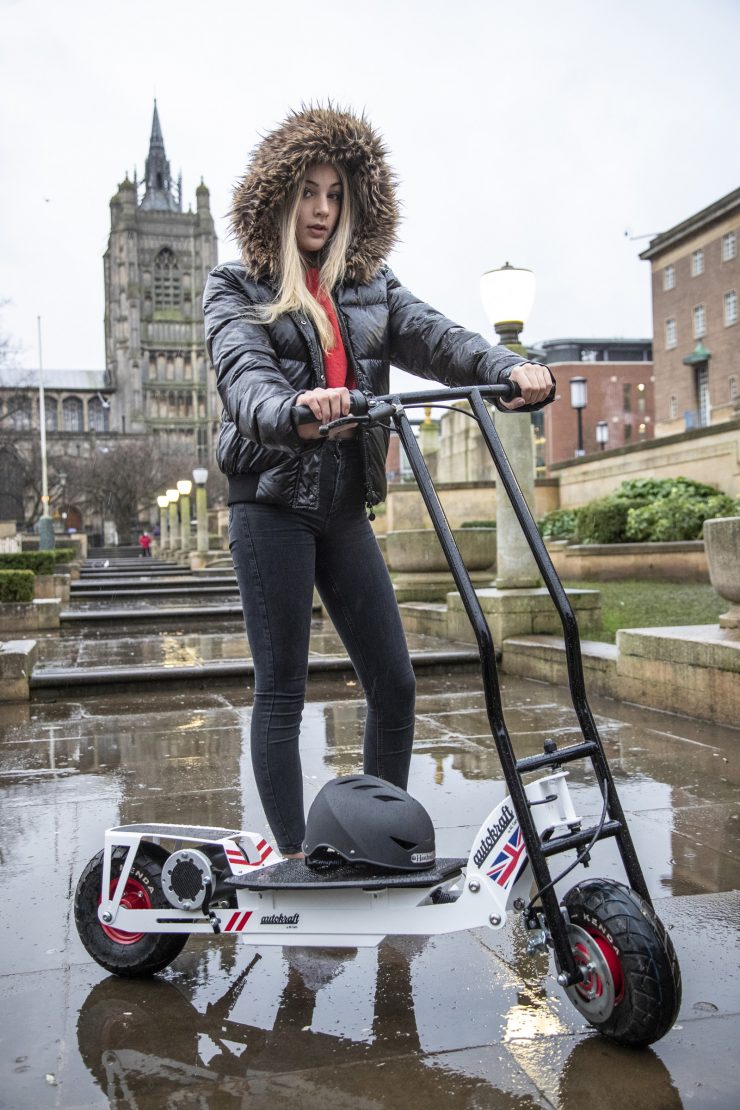 The transformation of the iconic AC Cobra racing car with its huge, gas-guzzling ‘classic’ V8 petrol engine to one now powered by an advanced, equally powerful but totally clean electric motor caused shock waves around the heritage auto sector when the news was announced earlier this year.

Now there’s more shock news. Electric power will appear under the saddle of AC’s first ever two-wheeler! The ‘Autokraft by AC’ name badge (recreating a form of branding which was a key part of AC’s history dating back to the 1970’s) will be once again a regular sight on the roads of Britain. The new products, scooters, are being manufactured in the UK.

The scooter is likely to become a new and sort-after fashion icon too. In Britain’s financially constrained, post-COVID economic environment – never mind an urban street network blighted by traffic-coagulating measures designed to force drivers on to public transport – speed, manoeuvrability and, of course, environmental credentials will all be high on the shopping list considerations for new ‘wheels’.

This will mean that Britain will be seeing a surge of interest in electric scooters which are currently illegal for road use but where a planned change in road traffic legislation already announced by the Government will give the green light to sales in the sector.

Priced at a competitive £1,692 including VAT, the new Autokraft scooters are certain to make a strong impact in a market dominated by imports from China.

Alan Lubinsky, the man behind AC’s continued survival over 25 years and the architect of its recent rebirth with exciting new impetus and product ranges, explains why he is confident of success:

“Scooter buyers and riders in the UK need to understand where their product is coming from, the proven automotive standards used in its design and manufacture and the heritage behind our famous brand. Our TR560 scooter has a 24 volt lithium ion battery pack with a built-in charger and its key performance figures are more than a match for other machines in the market. Top speed is 25km/h, estimated range between charges (which take just 4.5 hours from empty) is 50km – and those figures can be further enhanced by selecting an optional higher output battery for just £50.

Its no accident that Autokraft Advanced Technology Ltd is based on land in Hethel, Norfolk once owned by  Lotus and whlch is forever associated with that company’s glory days in motorsport. (See: https://en.wikipedia.org/wiki/AC_Cars).

Alan Lubinsky explains that the car on which rest many of AC’s hopes for sales success in 2021 and beyond, together with those of its loyal and enthusiastic fan base, are focused is the AC Cobra Series 4 electric, a close relation to the well regarded AC Cobra Superblower model which was launched in 1999.