The high level of urban noise is an actual problem for any metropolis.

The problems of acoustic ecology of the human environment is the question that is being studied by many researchers around the world.

Not the last contribution to city noise is made by cars. Since the 1910s, more and more electric vehicles have appeared on the roads of cities, which are much quieter. Cars and motorcycles are powered by the rather noisy operation of an internal combustion engine. Electric transport, on the other hand, runs on electric motors powered by noiseless energy sources (batteries, fuel cells, capacitors, etc.). As a result, the electric car creates noise only due to the contact of the tires with the asphalt and due to the turbulent air currents on the car body. All this makes the movement of electric vehicles less noisy, and at low speeds – almost silent. Therefore, electric vehicles are classified by UN Regulation No. 138 as silent vehicles. With the undoubted benefit of this circumstance for the acoustic ecology of the city, there is also a quiet threat to humans – a pedestrian may simply not hear the approach of an electric car. It is for this reason that the legislation of many countries of the world obliges to equip electric vehicles with special sound devices – AVAS systems that increase the acoustic visibility of electric vehicles.

In recent years, a wide variety of micromobile vehicles have also begun to massively appear on the roads.

And, more importantly, on the sidewalks of cities – scooters, gyro scooters, unicycles, segways and everything that, despite its harmless appearance, can sneak up unnoticed (at a speed of up to 30 km/h) to an unsuspecting pedestrian. The issue of ensuring the safety of the movement of microtransport vehicles causes great discussion, but has not yet been resolved by law in any country in the world.

Thor AVAS together with the Research Institute of Building Physics is conducting a large scientific study of the safety of electric transport.

In our work, we study how different vehicles are acoustically visible (heard) for a pedestrian and how it is possible to increase their visibility without causing damage to the acoustic ecology of the environment.

The laboratory part of the work takes place in a unique acoustic measuring complex – a large acoustic anechoic chamber. This is a special room in which there is absolutely no echo, because the walls and ceiling are covered with a layer of a special sound-absorbing structure more than 1 meter thick.

By the way, this is the largest anechoic chamber in Europe and one of the largest chambers in the world – the floor area exceeds 120 square meters. It is also very quiet in this chamber – so quiet that it is unaccustomed to lay your ears, because the background noise level in the chamber is only 18 dBA.

Lots of loudspeakers are placed in a circle around the cell. Together they make up the radiating part of our laboratory setup. Six of them imitate the noise of the environment, reproducing, for example, the sounds of a city courtyard or a city park, in 5.1 stereo, like in a movie theater. Another three-way speaker system simulates the noise of the tires of an approaching electric vehicle.

We simulate the approach of a car in the speed range from 10 to 50 km/h. Imitation occurs by increasing the volume of the sound of tires according to a certain law, as the volume of a car approaching us increases – when the distance between the car and the pedestrian decreases, the sound pressure level increases by 6 dB.

Finally, the last loudspeaker is the AVAS system, the principle of which is the subject of our study. By playing different sounds through the AVAS system, you can significantly improve traffic safety conditions for the better.

When driving an electric vehicle with the AVAS system turned on, it is possible to significantly increase the time of acoustic detection of an approaching car by a pedestrian. The easiest way is to turn the system up to high volume. You can play some very loud and unpleasant sound through the AVAS system (or vice versa, turn on loud music) and the residents of the next few blocks will know in advance about the approach of the car, which, of course, will have nothing to do with traffic safety. The correct sound of AVAS should ensure the safe movement of an electric vehicle and sound at such a volume that it will not exceed the established rules and sanitary standards for a residential area. But sounds of the same loudness can have different visibility. By changing the timbre of the sound, its frequency range, introducing volume modulations and discrete components at certain frequencies, it is possible to significantly increase its visibility without increasing the volume.

Our study aims to find the best ways to control the visibility of an electric vehicle using the AVAS system. To create such sounds for the AVAS system, which, on the one hand, will not be unpleasant, excessively loud, attracting unnecessary attention, and, on the other hand, provide optimal and speed-independent visibility. We wish us good luck!

THOR AVAS – sound warning systems for all types of EVs. It is an acoustic safety system for electric vehicles that dynamically changes its sound with the movement of the vehicle. It’s our own proprietary engineering block, electronic module, and software. 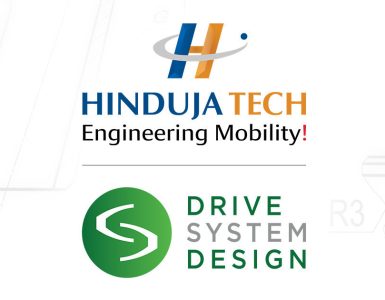 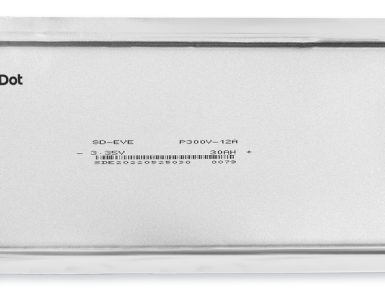 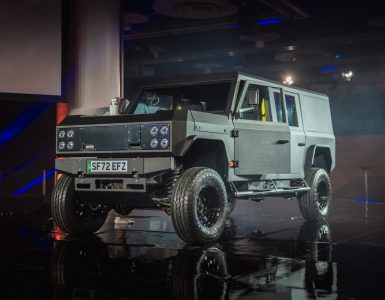 Designed and built in Britain, the Munro is the first light vehicle to enter production in Scotland in more than four decades.